Nobody really knows what Nikola Tesla would have been capable of, if he’d somehow had the unlimited resources and scientific support needed to research, test and implement all the off-the-wall ideas bouncing around in his mind. As it is, we only have glimpses of his potential, and the ability to imagine what might have been. 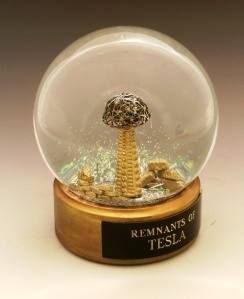 One of his most visible projects was the tower at Wardenclyffe, located on Long Island, New York, and reported to be the first step toward wireless broadcasting. The tower, under construction in the early 1900s and finished in about 1907, was dismantled in 1917.

Was Tesla ahead of his time? This is how he described his plans for the tower, which was reported to have a 55-ton dome (187 feet tall) made of conductive metals, and “roots” that penetrated nearly 200 feet into the Earth:

“As soon as [the Wardenclyffe facility is] completed, it will be possible for a business man in New York to dictate instructions, and have them instantly appear in type at his office in London or elsewhere. He will be able to call up, from his desk, and talk to any telephone subscriber on the globe, without any change whatever in the existing equipment. An inexpensive instrument, not bigger than a watch, will enable its bearer to hear anywhere, on sea or land, music or song, the speech of a political leader, the address of an eminent man of science, or the sermon of an eloquent clergyman, delivered in some other place, however distant. In the same manner any picture, character, drawing, or print can be transferred from one to another place …” (from “The Future of the Wireless Art,” Wireless Telegraphy and Telephony, 1908.)

It is said that Tesla held initial tests of the Tower in 1903, but just days after these tests, his dream was destroyed when creditors from Westinghouse confiscated his heavier equipment for nonpayment for services rendered. In 1917, the 187-foot tower was destroyed by dynamite explosion as ordered by the U.S. government.

Although often described as a telecommunications tower for wireless transmissions, some researchers and historians claim that there was another, much bigger, plan. “The Wardenclyffe plant was not to be solely used for the transmission of signals across the Atlantic, but more ambitiously, the transmission of electric power to any point on the globe without wires—a dream that Tesla had been constantly working toward for the past ten years. With his tower, he would “wobble” the Earth’s static charge. A successful test of his thesis would indeed be the crowning achievement of the age.”  ( from Wardenclyffe – a forfeited dream by Leland Anderson, 1968.)

Thanks to the help of the website “The Oatmeal” and a kickstarter campaign, building a museum dedicated to Tesla’s work is underway on the site of Tesla’s research laboratory and the original foundation of the tower. While it’s hoped that a replica of the tower will be created, we may not ever know how it was intended to operate, as much of Tesla’s brilliance was kept alive in his own memory and thought processes, and rarely written down.

What we have is an incomplete idea of Tesla’s potential and only a partial understanding of his contributions.

What we really have is, Remnants of Tesla. 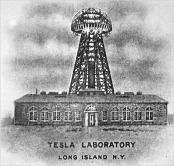 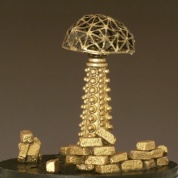 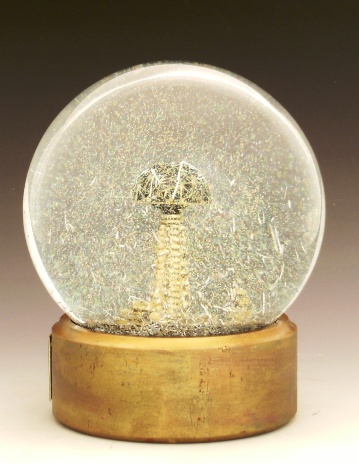 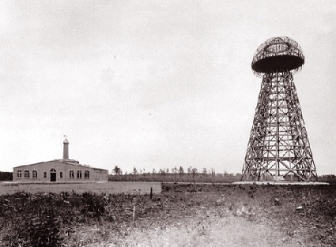 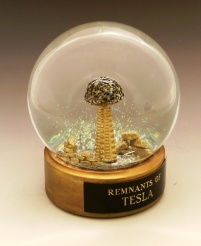 In August 2012, in collaboration with internet cartoonist Matt Inman (TheOatmeal.com), The Tesla Science Center at Wardenclyffe (TSC) group launched an internet fundraising campaign that ultimately raised $1.37 million and eventually succeeded in purchasing the 16-acre industrial property, including Wardenclyffe and the original tower base.

For more information on the progress of the Tesla Science Center at Wardenclyffe, read this.

2 thoughts on “Remnants of Tesla”