In so many endeavors, humans try to emulate other creatures and end up standing out … well, like an opposable thumb. We want to soar in the skies so we create vibrant colored hot air balloons. It’s a pretty cool experience, but hardly mimics a bird.

It occurs to me that there are a few activities we humans attempt, visiting someone else’s environment, that DO begin to emulate  the creatures who live there. When I started working on a scuba diver water globe I had a hard time making the diver clearly stand out from the landscape, the underwater plants, the coppery coral, the tentacles nearby. And without any change on my part the problem became the solution: it was exactly what I had experienced underwater, the feeling of moving like a fish, of the wetsuit color blending in like a dolphin, experiencing how the movement of the water shaped the way I responded.

I decided I liked the idea that the scuba diver was nearly indistinguishable from the other parts of the seascape.

We know that many swimming creatures, both mammals and fish, survive by camouflage. They either look like something else, or they try to blend in to the surroundings.
So this snow globe, errrrr, water globe, (sorry, just canNOT say “snow” to an underwater scene — when shaken, the softest whisper of sand swirls in the water), became a brain teaser of sorts. If I didn’t tell you what it depicted, would you guess? Would you see the “one of these things” that doesn’t quite belong?

Here’s the finished liquid-filled globe, and the last photo … you’ll see the diver was there all along, not hiding, just happily blending in with all the scenery. 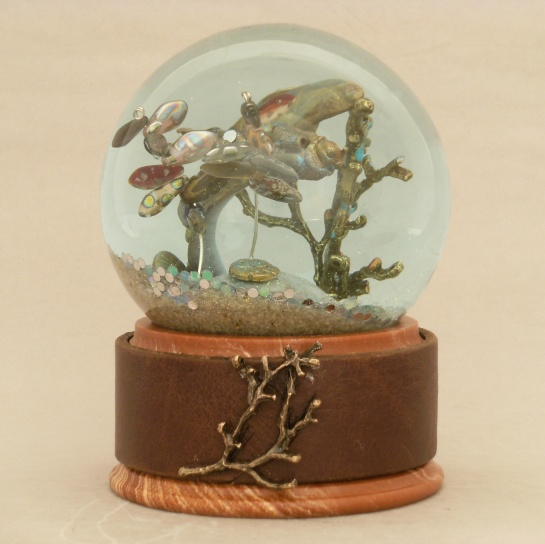 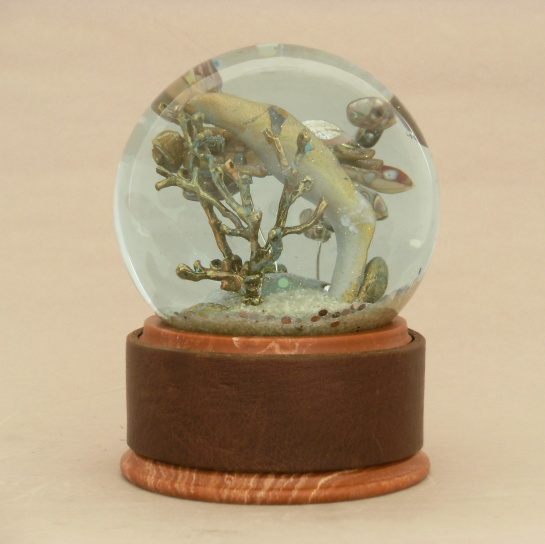 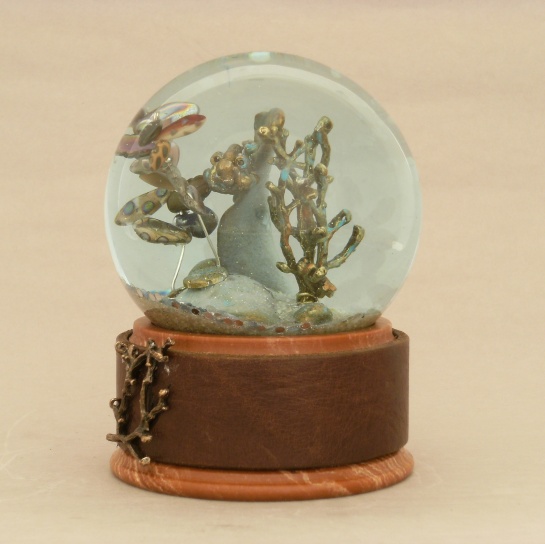 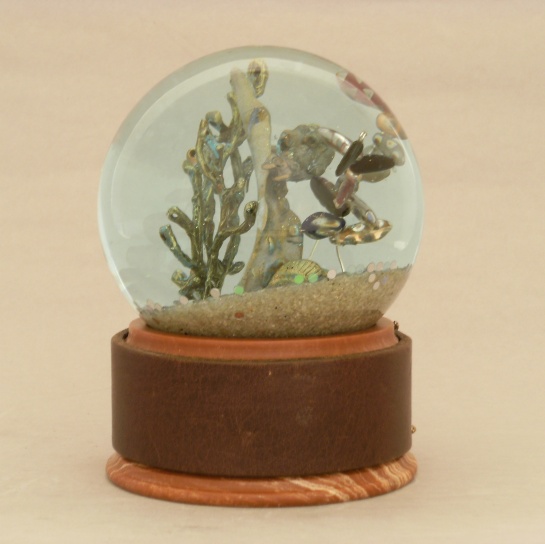 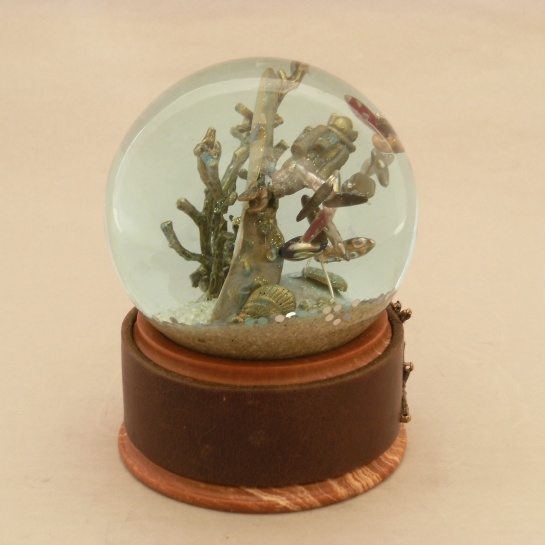 And here’s the diver, highlighted from the colors of the sea. 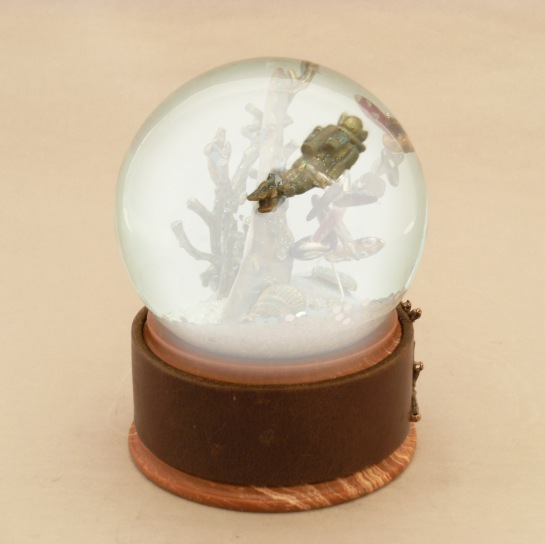 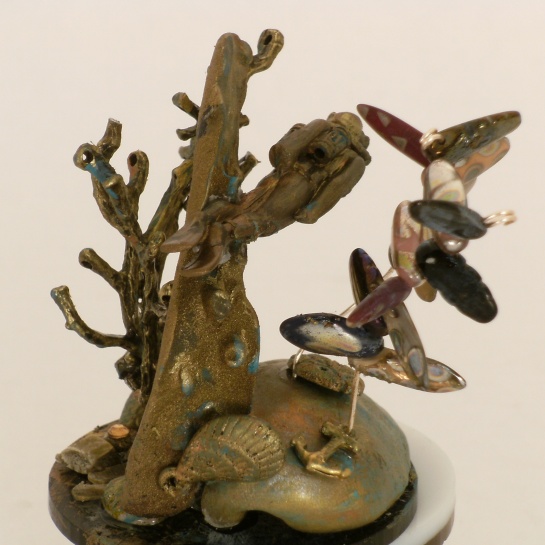 4 thoughts on “Diving into a Sea Story”