“We know that there are many animals on this continent not found in the Old World. These must have been carried from here to the ark, and then brought back afterwards. Were the peccary, armadillo, ant-eater, sloth, agouti, vampire-bat, marmoset, howling and prehensile-tailed monkey, the raccoon and muskrat carried by the angels from America to Asia? How did they get there? Did the polar bear leave his field of ice and journey toward the tropics? How did he know where the ark was? Did the kangaroo swim or jump from Australia to Asia? Did the giraffe, hippopotamus, antelope and orang-outang journey from Africa in search of the ark? Can absurdities go farther than this?”

We have here, with little explanation, a lovely couple riding on the back of an ant-eater. Either the ant-eater is very large, or the couple is very small – there are few clues here. Larger still, are the flying ants.

In real life (if there is such a thing), a typical “giant” ant-eater would be about four feet from snout to tail. Perhaps two feet tall. And lives mainly in Central and South America. But some are only two feet long, those that live in the hottest places where ant-eaters live. And despite the name, they prefer termites to ants. This is NOT a typical ant-eater. Fact.

Look closely, there’s a story here: Adventure, Trust and Friendship. Survival. Thrills. Hunger.  You’ll have to fill in the blanks. 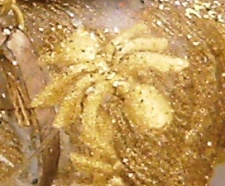 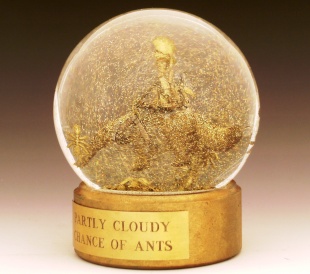